As an artist in my earlier years were connected with the human figure. I gathered interest wherever I found myself either in West Africa, places we worked, or here at home in our adopted country of Australia.

I was keen to learn and belong and became a member of the RSASA in the mid-70s.  Following this, I was included in an exhibition with three women in 1979 which included Shirley Coombes, Corrigan, and June Kidman. I served on selection committee and on RSASA Council from time to time.  I gained so much in my art career during our family time near Waikerie on the River Murray for 18 years where I did some tutoring for TAFE adding experience in tutoring to my own studio practice.  When our family became independent, I left SA to go with my husband to do volunteer work in Ghana, West Africa. It was a rich cultural experience and an opportunity to again work on figurative works of West African people, having an exhibition at the British Council Gallery in Accra, 1992.

Returning after 7 years to SA it was a highlight for me to have an exhibition at Greenhill Galleries, Adelaide called Fertile Fragments, a series of 30 watercolours, this was during the UN Year of the Family 1994 and took place after I had visited an Aboriginal community at Nepabuna , this work came with ease.  I soon enrolled to complete my formal art education at Adelaide Central School of Art, gaining a BAVis arts. This opportunity enabled me to stretch a bit further – pushing boundaries to focus on art history / contemporary art practice, completed in 2008. Pro Christopher Orchard influenced me in conceptual art.

The Cedars, at Hahndorf drew me enormously, and it was this estate and home studio of the artist Hans Heysen – where I had an artist residency for 6 months. Following this within a year another residency came which was necessary to complete my ACSA studies majoring in mixed media drawing and collage.  Interior space was my focus this time at Carrick Hill Springfield. These two opportunities produced what I feel was some of my best work. I was able to have two exhibitions – one following the other – SALA at Carrick Hill, and then 30 works at the Hahndorf Academy – the residency at The Cedars was an exhibition entitled Portrait of a House. The conceptual ideas forged a change of direction for me – from the figurative to interior space with much larger work often in various panel format 2009 -2017.

Architectural interior space was a subject of constant interest for quite a few years, the concept was the familiar environments that we live in- to make art about the deep a basic human need- to belong somewhere, I still want to revisit this subject now and again.  Being an artist from 1970s to this date has shown me that there are shifts of interest for me and I like being challenged and to be stretched further. However I do work for a long period of time on a particular genre until I have mastered it, (or become a bit bored! ) watercolours being the most challenging.
My current work included in this exhibition at RSASA Excellence Two..a glimpse of the next phase of interest, never thinking that I could master landscape with oil paint. Living in the location of Hahndorf has certainly influenced me. 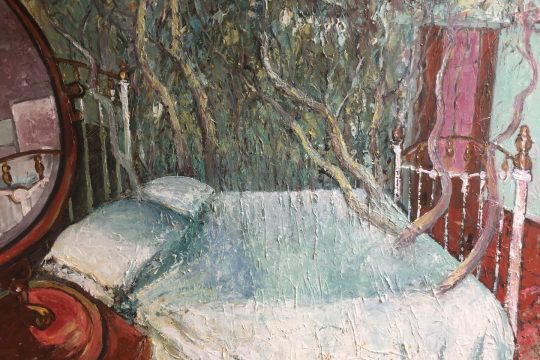 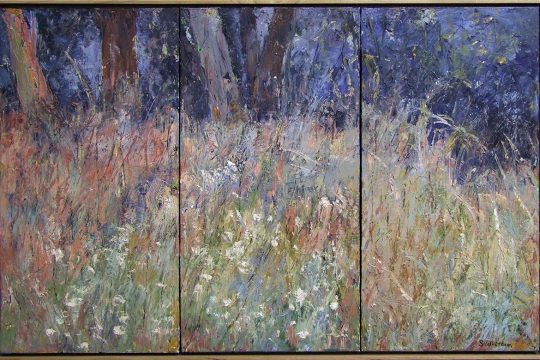 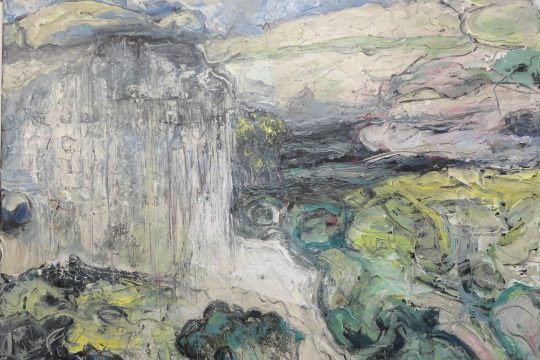 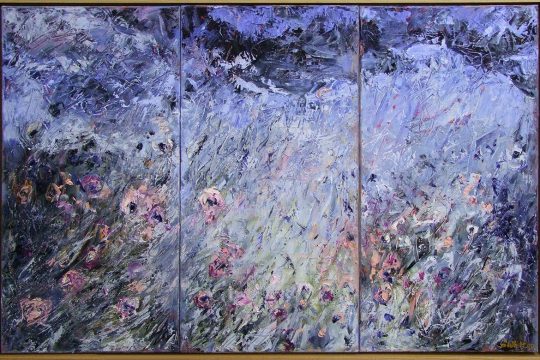 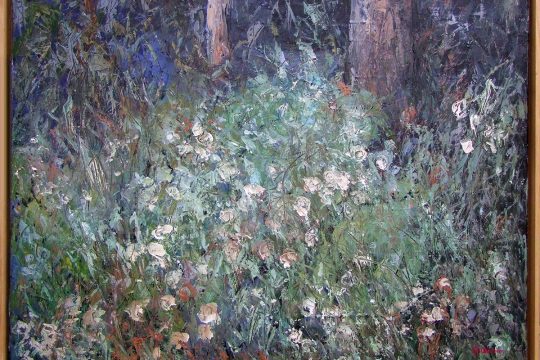 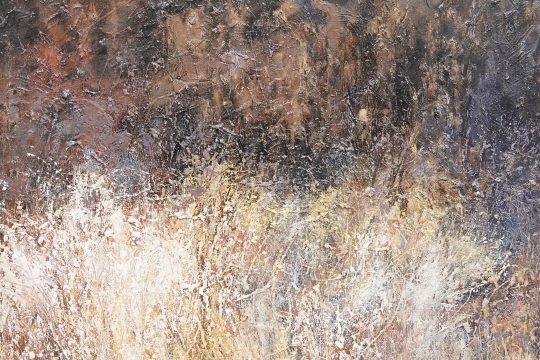 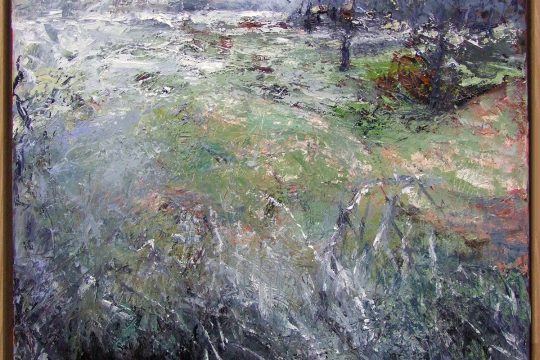 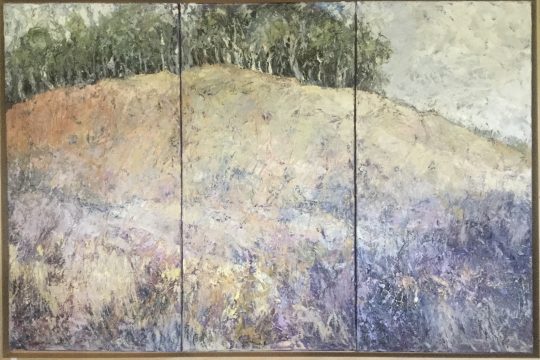 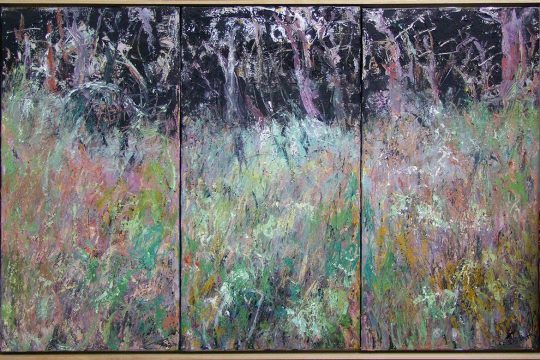 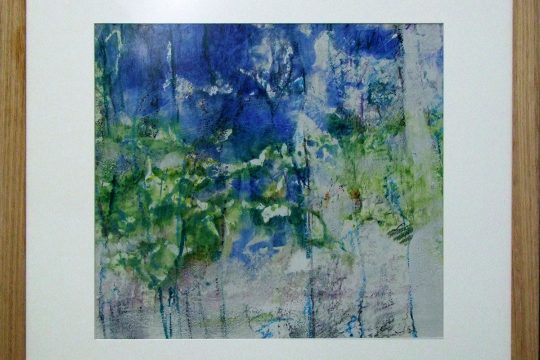 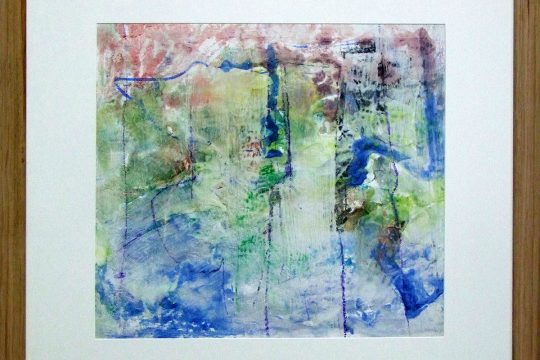 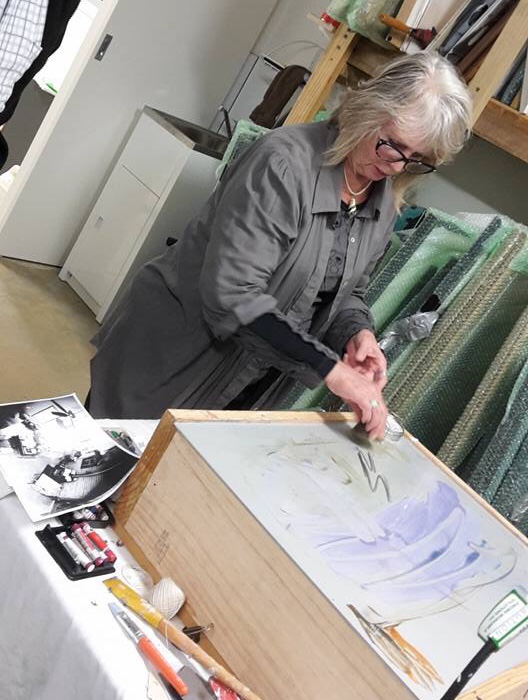